A Beginner’s Guide to Being That BADASS Woman 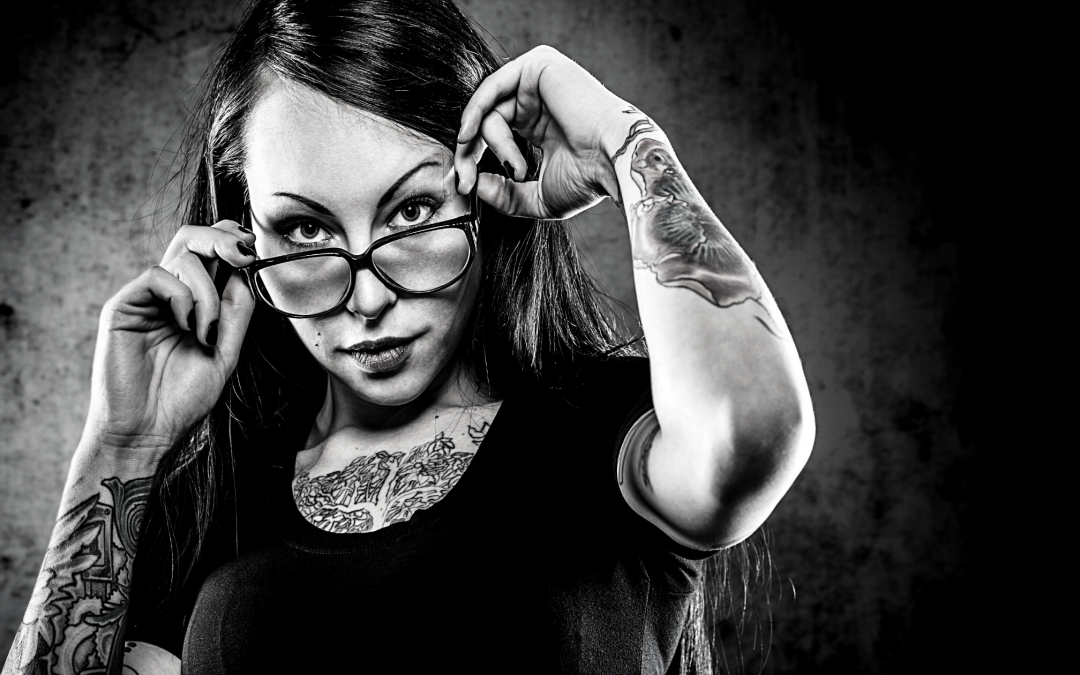 You are DONE being messed with, aren’t you? You’d bet your own ass That BADASS Woman doesn’t get messed with. That BADASS Woman isn’t sitting home with a fresh jar of peanut butter and a spoon, re-watching Brigit Jones in her skivvies because she’s hurt, sad and disappointed that she got screwed over. AGAIN. Because That BADASS Woman would never put herself in a position to be treated like that in the first place.

So, a guy and a girl walk into a bar…

No, it’s not actually the opening of a joke. But my boyfriend at the time and I went into this bar one time. [Yeah, one time ;)] He was sitting between another woman and I at a big group table of a bunch of people I didn’t know. She said something in my general direction that I didn’t hear. When I asked him what…? He said to me, she wants to fight.

And he saw the look on my face, laughed and then said, no. Go start a fight. She’ll come back you up.

Oh, turns out it was a joke. On me. And I have a decent sense of humour, but I definitely wasn’t sure at first. Because she just gave off this air. This very strong aroma of perfume, beer and cigarettes… and Don’t Fuck With Me.

And I instantly knew that she was a woman I definitely would always rather have on my side, if you know what I mean.

You’ve long aspired to be seen as that woman, haven’t you? Someone that no one would dare mess with. Yes, attractive and approachable and friendly and all that, but with just enough of that ‘if you dare screw with me…’ vibe, that people take it seriously.

Have you checked your Owner’s Manual under “How To Be More Badass”? I think it just might say…

Your closet is full of your athleisure wear and your go-to jeans and t-shirts. It’s all perfectly functional, comfy, casual, fun and cute. Great for work-at-home, grocery shopping and walking the fur ball.

Oh, and being active.

Great… if and when what you are going for is functional, comfy, casual, fun and cute.

But what in your closet screams Badass to you? They say dress for the job you want, not the job you have. Well, same applies here. You know you could stand to vamp it up a notch or two. Channel your inner Kat Von D. Learn how to wing your eyeliner. Buy new boots, and jeans that make your ass look faaaan-tastic.

Wear ‘em to do the dishes. Or ask my sister… sometimes the platforms come in handy when you need a few extra inches to change a light bulb on a chair.

…or wiggle, as the case may be.

Head up. Back straight. Boobs out.

Shake what your Momma gave you.

What’s more sexy and confident than that?

I don’t think you can ever go wrong with the concept of listen more than you talk. But say what you want. Say what you need to say.

Do you think that Badass woman worries as much as you do about offending people, simply for having a different opinion? Flat out, no. She gives herself permission to speak her truth.

And she knows that disagreement does not equal rejection.

That trash talk about you going on in your head… it’s enough that it’s goin’ on in there. What good does it serve ever giving that voice?

Maybe you wanna argue that I’m contradicting myself, when I just told you to say what you need to say. In this case, tho, I think my sister’s advice is more wise: “Like my Mom used to say… If you’ve got nothing nice to say… shut your fucking mouth.”

Maybe you have to know our Mom, to see the humour of it.

It’s really irrelevant what that shit is… swearing, coffee, naps, your fur baby, building a business or collecting something old and obscure… Pyrex, anyone?

Jump in with both feet.

Do you think That Badass Woman plays it safe all the time? She knows that having what she wants means that she’s gonna have to stick her neck out and put herself out there.

No excuses or justification required.

Whatever you’re wearing, doing, saying or being…

Looking for a safe space to try out your new badass skills before you unveil ’em to the world? Click here to join the be THAT woman Support Community on Facebook.