Confessions of a recovering perfectionist 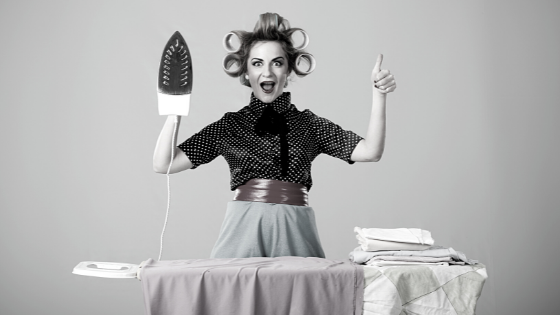 Sometimes I’m surprised you don’t see it in lights, on billboards everywhere.

Or maybe I just don’t get out much.

It’s a popular mantra in personal development circles and well-intentioned advice you might even give to your younger self, once you know better.

But that word – “settle” — has become a huge trigger for me lately.

…for a day job that I’ve been known to say can be an energy suck, on top of the obvious significant time commitment that can just get in the way of Life in general.

But a job that pays the bills and even leaves a little extra for occasional splurges, indulgences, and guilty pleasures. One that has been stable and secure for many, many years, and so was the solid financial grounding and the one constant I had to rely on when relationships fell out from under me, and everything else seemed to change along with that.

And a luxury that not all women who want to leave have.

…for friends who can drive me absolutely nuts and test my patience. Admittedly, that can be in short supply at times, to begin with.

But big-hearted women who also challenge me to live up to my potential, even in the face of some possible initial backlash. Yet who know when to back off and just make it fun, or give me space. Friends who are my best mirror to keep it real and be the kind of friend that I want to have.

…for yet another relationship with an alpha male with an ego. Who is off-the-charts intelligent. Yet somewhat challenged when it comes to dealing with intense emotions and highly-sensitive souls, like me. But he is willing to learn.

But for some similarities, he is also a significant departure from my train wrecks of the past. He is honest to a fault. He actually does what he says he’s going to do. I don’t have to guess with him. Just ask, when my insecurities bubble to the surface.

He also possesses this unexpected silly, quirky side, that he only seems to show to me and a very select few. If he feels that safe with me… I am honoured. As do I, know that safety and trust with him. He is the first partner I’ve ever felt in my bones loves me just for being me.

A man that will never raise a hand to me, or intentionally or maliciously jeopardize the foundation I have invested so much time and effort into to rebuild.

…for a body that is so much rounder and softer than what society values or celebrates. A body that is just too pale and doughy for me to be able to honestly declare any love for. A body that I have only loathed, since probably the tender age of five, and so worked to force to change and punished long and hard to do so.

Yet a body that still moves whenever and (mostly) however I ask it to and has minded itself in the good health department. For all the genetics I seem to have inherited from my struggling mother, that has not seen me spend one night in hospital since age four.

And when the spoilt furball – though we prefer to say “well-loved” around here — spoons and molds herself into my peri-menopausal, considerable, warm belly… we both sleep content.

…for what might look to some to be a simple – even small – life. With only mere tinges of Stepford in the modest house. Two cars. One dog. No picket fence.

Would you rather be perfect,

So, I can acknowledge that better is, indeed, possible. And that’s not to say that I don’t hope or intend to make progress on my goals.

For a recovering perfectionist, though, that can actually be a slippery slope to better …then ideal …and, ultimately, perfect.

Instead of always striving and hustling for more,  I’ve chosen to settle into an existence where I will no longer sacrifice my own physical, mental, emotional OR spiritual wellbeing in the name of chasing some perfect, fairy tale, happy ending.

Sometimes you simply must concede that good IS absolutely good enough, and linger in pure gratitude.

it’s good to pause in our pursuit of happiness

and just be happy.

So, yes, I have settled.

Life doesn’t have to be perfect